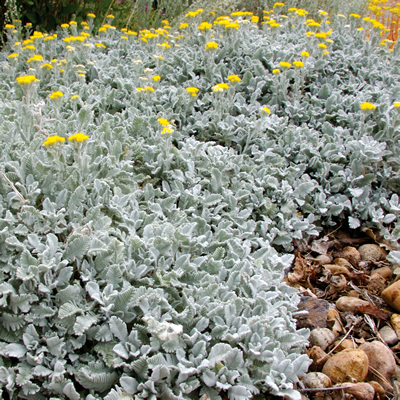 Thermopsis chinensis 'Sophia' is a lupin relative with canary yellow flowers blooming at the same time as tulips and daffodils. 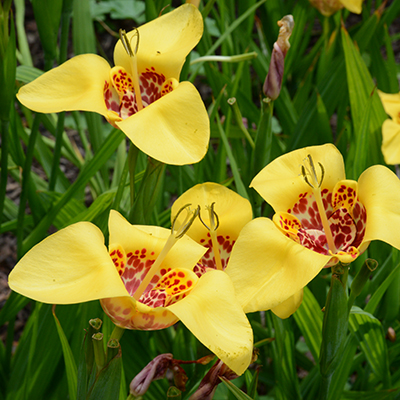 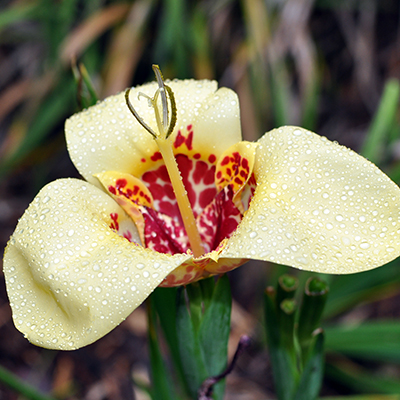 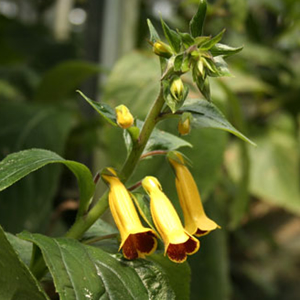 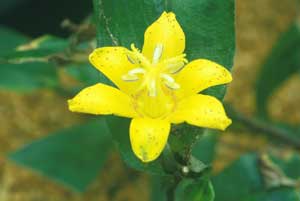 Tricyrtis flava is a rare toadlily with yellow flowers for late summer colour in the shade garden. 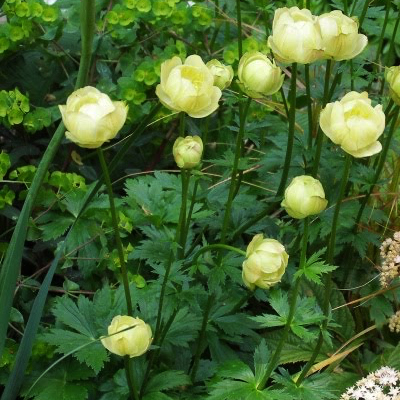 Tulipa heweri is a new species of botanical tulip discovered in 2008 with yellow or ochre flowers and orange on the outer petals. Tulipa marjolettii is a tall tulip with creamy yellow flowers with a pink flush.