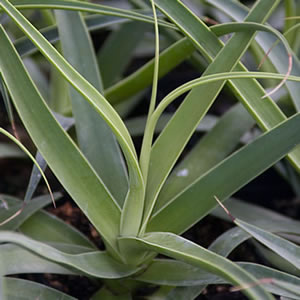 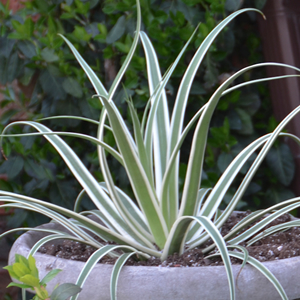 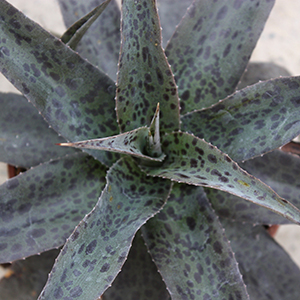 Manfreda undulata 'Cherry Chocolate Chip' is one of the most colourful succulents with long, narrow, rippled leaves in shades of olive green, burgundy, red, and white. 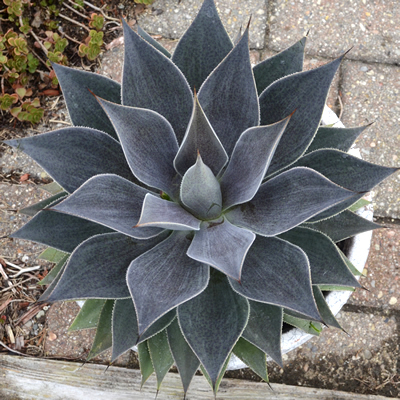 Mangave 'Mission to Mars' has a unique, intense red colouration to its succulent, rubbery leaves. Mangave ''Silver Fox' is a dramatic specimen with Agave-like form and serrated edges as if cut by pinking shears. Mangave 'Spotty Dotty' is a large cultivar with rippled and orange-spined leaves coloured in medium green and heavily speckled with burgundy. Mangave 'Whale Tale' is a big, beautiful, blue cross between a Manfreda and the whale tongue agave (A. ovatifolia).