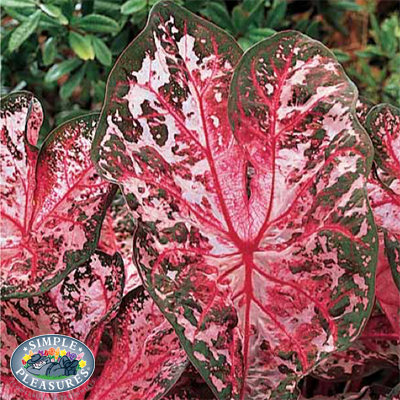 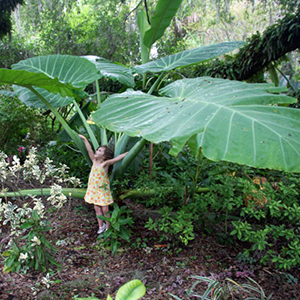 Colocasia Thailand Giant Strain is a taro or elephant ear with gigantic foliage that would give a Gunnera a run for its money. Buy first, worry about where to put it later. ;-) 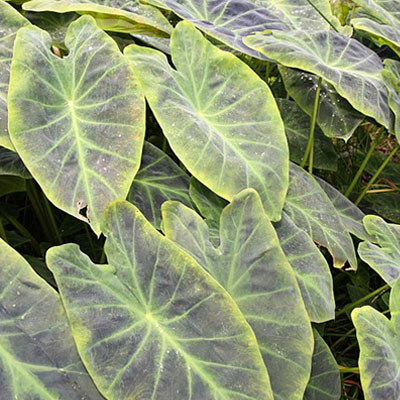 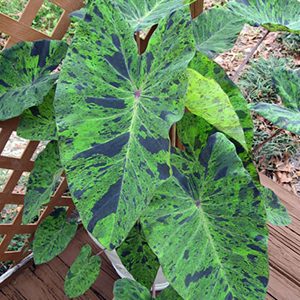 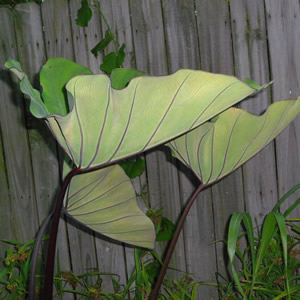 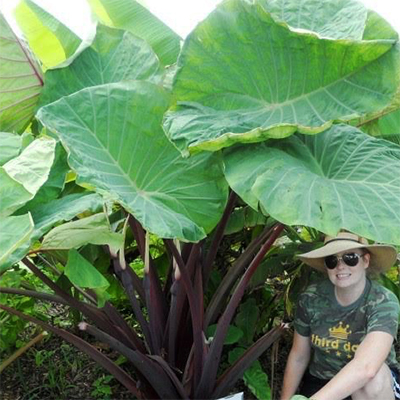 Colocasia 'Hilo High Colour' is a dwarf variety with variegated leaves similar to 'Hilo Beauty' but with more prominent markings. Colocasia 'Maximus Gigante' has huge, blue-green leaves up to 4' long by 2' wide with lighter veins and a black cast.