Bletilla ochracea is a rare species of terrestrial orchid from Japan that produces elegant, cattleya-like, yellow flowers with red markings on the white lip. 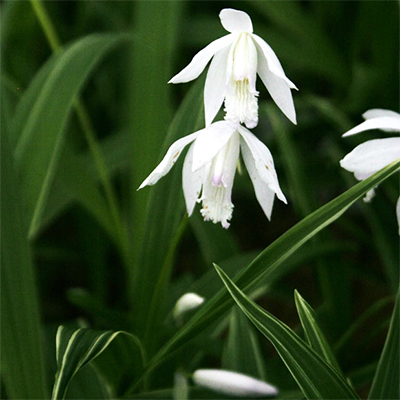 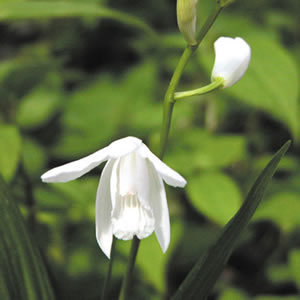 Pure white flowers with no trace of other colours on this easy-to-grow hardy orchid. 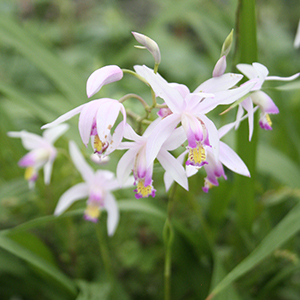 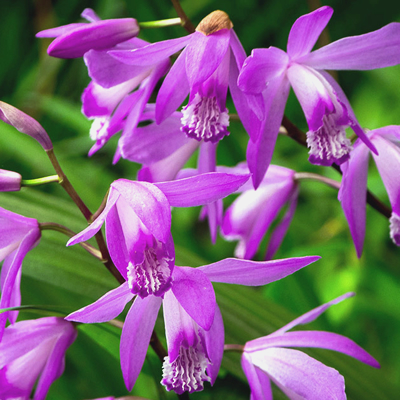 'Soryu' is a an easy-to-grow lavender-blue flowered hardy Bletilla orchid. 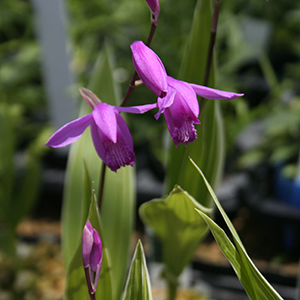 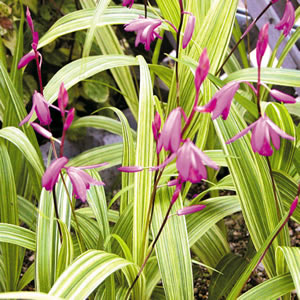